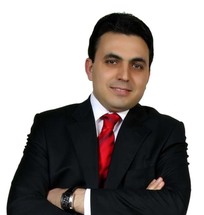 Labor force, capital and and information are increasingly gaining mobility on the world. The activities beyond the frontiers of companies and organizations are also mobilized the work force. Work or reside in different countries raises many consequences for people. One of these is undoubtedly the social security applications. In this article, we will touch upon with 10 questions/answers to the social security rights of foreigners in Turkey.

Article 6 of the same law says, "Individuals who are sent to Turkey for a job by or on behalf of an organization established in a foreign country and who document to be subject to social insurance in the foreign country, and among the ones who work in Turkey on his/her own name and account the individuals who reside abroad and are subject to the social security legislation of that country" shall not be deemed to be insurance holders.

Implemantation details of the insurance of foreigners are located in Social Security Procedures Regulations SSI Circular No. 2011/43. 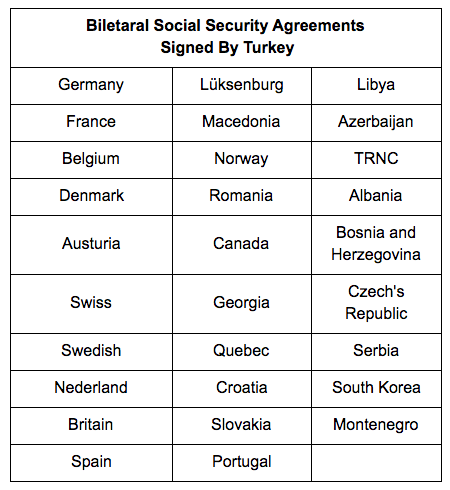 3. Does the bilateral social security agreements affect to foreigners' insurance in Turkey?
Yes, it directly affects. Foreigners that start working in Turkey should be reported to SSI. But individuals who are sent to Turkey for a job by or on behalf of an organization established in a foreign country and who document to be subject to social insurance in the foreign country, and among the ones who work in Turkey on his/her own name and account the individuals who reside abroad and are subject to the social security legislation of that country -for the period by the agreement- shall not be deemed to be insurance holders. The aim here is to prevent the same person to be repeated insured in both countries. This table shows the temporary mission periods by country according to agreements.
​

​Foreigners who came to Turkey from countries included in the table above, they will not be insured and they will not be reported to SSI even if they work during the temporary duty. An copy of work permission received by foreigners is sent to SSI by the Ministry of Labour and Social Security. These permissions are archived by SSI, and waited until the end of the temporary duty period. If foreigners are not reported as insured to SSI at end of this period,  SSI registered them and implements the administrative fines on their employers (Circular No. 2011/43). Therefore, after the end of the period included in the table above it is required of foreigners SSI statement.

Example - A person who while working as insured in France sent as temporary duty between April 14, 2019 and April 14, 2022 to Turkey, can demand extension 3 years from the date April 14, 2022. According to the social security agreement between France and Turkey, he has 6 years (until April 14, 2025) the right to work as temporary without insurance in Turkey.

4. What is the status of foreigners from non-bilateral agreement with Turkey?
The status of foreigners coming to Turkey from non-bilateral agreement with Turkey is discussed in two parts;
Individuals who are sent to Turkey for a job by or on behalf of an organization established in a non-bilateral country will not be counted insured during the first three months. In order to not considered insured in first tree months, they must certify that they sent by an organization in their country of origin. After the expiration of the first three months period, they must be insured in Turkey.

After the expiration date, employer should report foreigner who has work permit and ID number to SSI as online. If foreigner has not ID number, s/he should be reported to SSI with paper form.

Example - A foreigner came from China to temporary duty has recieved work permit for March 16, 2022 and June 16, 2022 period. As s/he documenting the provision of social security in China, s/he not be insured during the first three months. However the end of the three months (date June 16, 2022) the insured recruitment declaration will be given to SSI, and her/his insurance will be launched on June 17, 2022.

5. What is the status of foreigners being in Turkey not sent by an organization in the unsigned agreement country?
For these foreigners, three months exemtion is not recognized. If they are work in Turkey as dependent (4/a) or independent (4/b), they should be reported to SSI at date of start to work.

6. What is the status of those working in embassies and consulates in Turkey?
According to states law and the Vienna Convention, embasssies and consulates staffs have diplomatic immunity.  Therefore, unless employees in these workplaces reported to SSI, the Turkish legislation does not apply to them. However, if these foreigners who works in these workplaces and not document their insurance from own countries or third state, they are subject to Turkish law and they can be reported to SSI as dependent insured (4/a).
is a Turkish national in embassies, consulates, missions and similar employees in criminal proceedings is not applied by SSI, SSI is not notified about them.

If Turkish citizens work in foreign embassies, consulates and similar workplaces and they are not reported to SSI, administrative monetary penalty is not applied about their employers.

7. Could a foreigner who working without work permission be reported to SSI?
Although work permit application process and the social security are linked to each other, both of them are different legislations. According to Law no. 6735,  foreigners could be declared as insured to SSI without work permission. In this case foreigners are registered as insured by SSI. However, after registiration, the information about foreigner is shared with the Ministry of Labour and Social Security and the Ministry of Interior.

8. What are sanctions for unreported foreign to SSI?
Located sanctions in the social security legislation in this regard are the same as other Turkish nationals. There is not a special sanction for foreigners in Turkish legislation. About an employer not inform foreign worker to SSI, 5.004 Turkish Lira administrative penalty is applied in 2022. Also in case of the detection work retroactively, 15.012 TL administrative penalty is applied for each month that continued working as uninsured.

9. Is there an obligation to be universal health insured of foreigners?
Mandatory Universal Health Insurance (UHI) system was started in January 1, 2012 in Turkey. Accordingly, there is obligation for everyone covered by the GSS in Turkey. In this sense we can categorized foreigners as follows;
10. Do foreigners may retire from Turkey?
Yes, they can. A Turkish citizen retired on which conditions in Turkey, a foreigner may be retired by fulfilling the same conditions. Since April 30, 2008 to retirement in Turkey;In addition, in case of they have required conditions (health report), they can retired as disabled person.